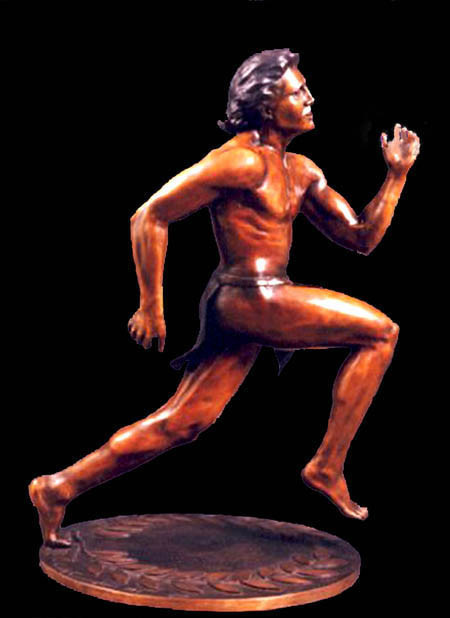 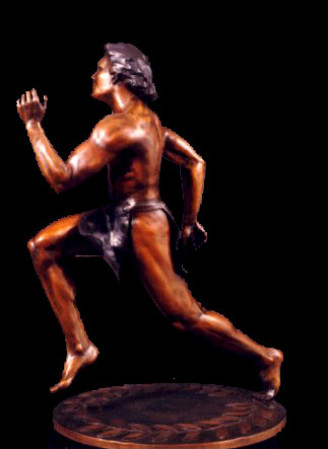 ﻿Coroebus of Elis was the first victor of the first Olympiad in 776 B.C. About him it's been written. "Hardly more than twenty years old...His body well proportioned, slim waisted, and broad shouldered; his legs were long and his chest deep. His entire body glistened under the fine film of oil that had been rubbed over his skin to protect it from sun rays and dust. Coroebus was barefooted. Around his waist he wore a loose leather loin. He was the ideal figure of the Greek athlete".