Do you want to know more about my work?

Take a look at current works in progress. 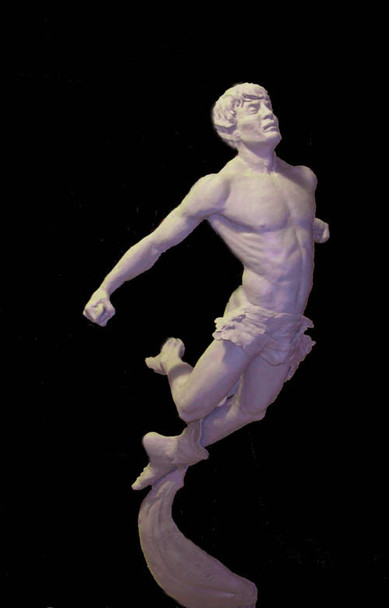 The 18th Olympiad in 708 B.C. introduced the Pentathlon. It consisted of five events, one of which was the long jump. Lampis of Sparta was the first winner of the first Pentathlon. The Olympians took off holding halteres, or jumping weights. Halteres were used to improve the jumper's performance. They were made of stone or lead and weighed anywhere from 2 to 9 kilograms. Some vase paintings indicate that ancient Olympians jumped from a standing position, whereas others show athletes taking off of one foot, suggesting they got a running start.

Altius means higher as used in the Olympic motto, Citius, Altuis, Fortius, and is interpreted swifter, higher, stronger. It is indicative of an athlete's desire to run faster, jump higher, and throw more strongly.